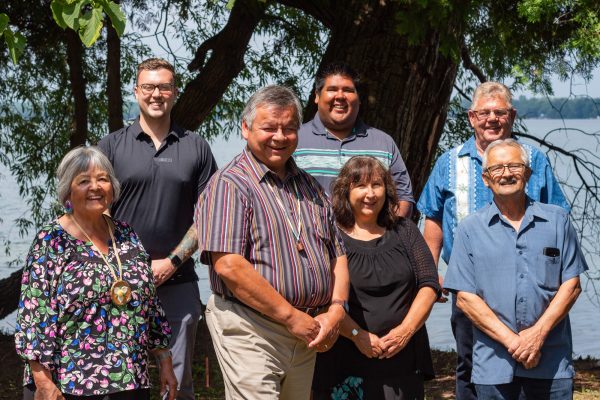 The Chippewas of Rama First Nation Government includes one Chief and six Councillors.
They are the Executive and Legislative Branches of our First Nation government.

Chief and Council are elected every four years under the First Nations Elections Act,
which was first implemented in our community in September of 2016.

There are separate polls for the office of Chief and six Councillor positions.
Each elected seat must first go through a nomination process before the election takes place.

Council meetings are held in Council Chambers every Monday.

Main Administrative Building
5884 Rama Road, Suite 200 in Rama.
Hours: 8:30am – 4:30pm
Human Resources, Lands and Membership, Health and Safety and Economic Development are located on the first floor.
All other business offices are on the second floor.