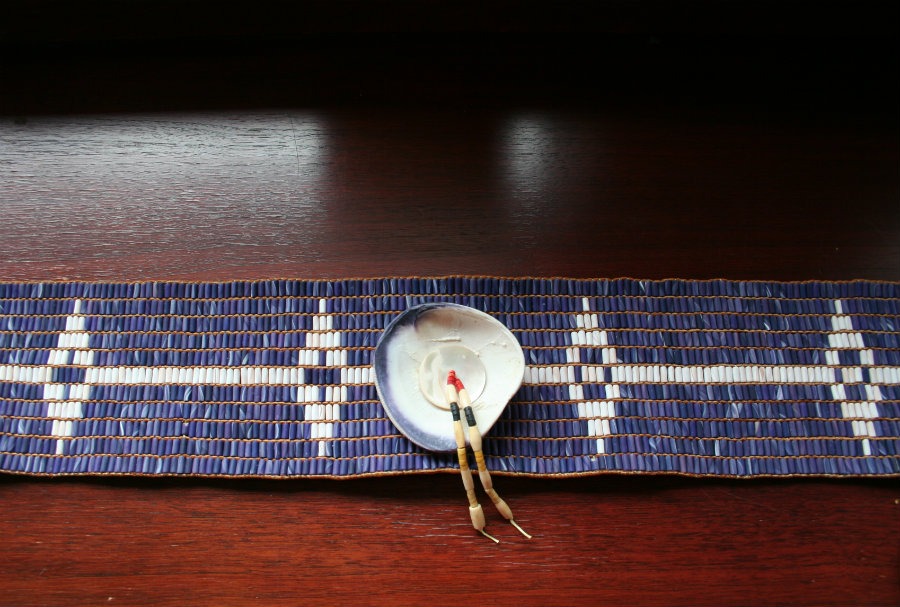 We have also developed and maintain the Black River Wilderness Park which is used for functions and wilderness camping, the Ojibway Bay Marina, Rama Country Market, Shell Station, shops within the Casino Rama complex, and a strip mall which houses Scotiabank, Ben’s Pharmacy, a legal office and our Government Administration offices.  Rama hosts a Subway franchise and owns two Tim Horton franchises in the community.

Rama First Nation is known for our musicians, artists, and sports figures. In the 1920’s, the Silver Nightingale Brass Band, with many members from Rama First Nation, was a popular touring band.  In the 1970’s and 80’s, the late Arthur Shilling was a celebrated Canadian artist. His paintings are on permanent display at his home in Rama as well as public and private collections throughout the country. His sons, Travis and Bewabon, have now established themselves as notable artists.  The newly developed Powwow logo, introduced in 2015, is the work of Ontario College of Art and Design (OCAD) graduate Nancy King.  Many of our young musicians offer performances at community jams and celebrations taking place throughout Rama.

We are known as the ‘people of the deer’ and this can be observed in our community flag and logo.  Rama First Nation is the host community for Casino Rama, an economic engine in the area, offering employment, business opportunities, entertainment and generating significant tourism for Ontario’s Lake Country.

The Chippewas of Rama First Nation have continued to honour our ancestors by keeping the traditions which have made our people a strong and resilient community.  Rama’s annual Powwow draws thousands of people each year and is held in the John Snake Memorial Multi-Purpose Grounds on Rama Road. Our Culture and Research Department was established in 2002 to support Cultural preservation, promotion and education in our community. Ojibwe language classes are available from Early Childhood Education through to Grade 8 in our programming. Traditions are passed from generation to generation to ensure that the Ojibwe spirit continues in our people.

In our 2015 Ten Year Community Visioning process, the restoration of Traditional Ecological Knowledge was identified as a key priority in the community.  These priorities were also highlighted by the community:

The Chippewas of Rama First Nation was originally part of a larger community known as the Chippewas of Lake Simcoe and Lake Huron of which Chief William Yellowhead (or Musquakie) was recognized as principal chief. As hunter-gatherers, our traditional lifestyle involved following deer herd movements in the autumn and winter months to the West, East, and North points of Ontario. Summer months were spent in settlements at places now known as Atherley, Orillia and Coldwater.

In the 1830’s, on behalf of the Crown, Lieutenant-Governor Sir John Colborne set aside a clearing of approximately 10,000 acres for our nation between the Narrows (where Lake Couchiching and Lake Simcoe meet) and Coldwater. The government tried to gather our people together to make them farmers. This was also the beginning of the reserve system which continues today.

During their settlement in the area, our ancestors were successful in establishing the foundations for their communities, building the Coldwater Grist Mill, which still stands in the town of Coldwater, and clearing the way for the route now known as Ontario Highway No. 12.  In 1836, the Chiefs signed a document that they understood would provide title to the land but was actually a surrender which gave up the reserve lands.

At that point, what was a large nation of 3 communities, was separated. Chief Aisance and his band moved to Christian Island; Chief Snake and his band eventually located in Georgina Island; and Chief Yellowhead and his band stayed in this area and are now known as the Chippewas of Rama First Nation.  These three First Nations, together known as the Chippewa Tri-Council, still enjoy a strong relationship today.  In 2012, the Chippewa Tri-Council settled a claim with the federal government for the Coldwater Narrows Land. It was largest specific claims settlement in Canadian history at that time.

Main Administrative Building
5884 Rama Road, Suite 200 in Rama.
Hours: 8:30am – 4:30pm
Human Resources, Lands and Membership, Health and Safety and Economic Development are located on the first floor.
All other business offices are on the second floor.
Please follow COVID-19 protocols when entering.
Wear a mask, physical distance when possible and sanitize.
Click here for the privacy policy of this site.
Click here for the cookie policy for this site.